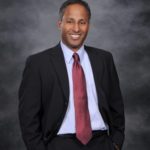 David is the Managing Attorney and Principal of the firm. He practices primarily in the areas of Environmental Law, Land Use and Zoning, Litigation, Business, and Real Estate.

David previously served as an Assistant Attorney General for the State of New York. While in government service he represented the Department of Environmental Conservation and the New York Environmental Protection and Spill Compensation Fund in numerous petroleum and environmental related matters. In the course of his private practice, David has represented a wide range of individuals, businesses, insurers, municipalities, and multi-national corporations in routine and complex matters and transactions.

David is admitted to practice law in the following jurisdictions: